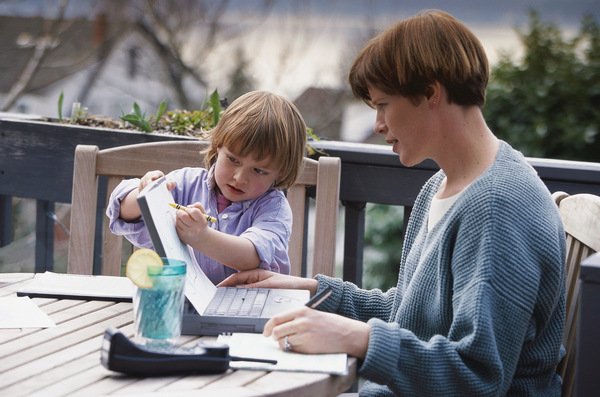 We are conducting a brief survey about activities and events sponsored by the Whitland Area Neighborhood Association. Please take a moment to share your feedback through this survey. We appreciate your time and hope to better serve your interests in the future based on these results. We will be sharing the results once we have tabulated responses and look forward to sharing that with you. Please click here to take the survey.

Neighborhood photographers were out along side the Rolland Rd creek after the rain on Sunday March 13. Adele Tyler took the pair of ducks on the left. Bob Duthie took the other two photos. It was amazing to find the pair of ducks enjoying the rain garden (right photo) at the bottom of Carden Ave. Will we have baby ducks soon? Click on each photo to enlarge.

Click here to see a slideshow of photos taken on January 22, 2016 after the biggest snowfall since 2003. Pictures were taken along Carden, Rolland, Wilson, and Whitland by Bob Duthie.  Photo 32 was taken by Matt Davis on Rolland Road.  Let Bob know if you have any photos that should be added. Contact Bob@duthielearning.com

Review of Past Year's Events

Election of the 2016 WANA Steering Committee

Continuing Members (not up for election)

Thank you to our retiring members!!

The new website is hosted on a private server and will be more secure than the old site. It is also much easier for volunteers to add content.   Whitland Area residents can download a draft copy of the new directory more easily than our old site. Check it out under the Directory Tab.

Make a note, the Annual Meeting will be on Sunday  January 31st, 3:00-5:00pm at Blakemore United Methodist Church. Our council representative, Kathleen Murphy and Metro Nashville Police, Sgt. Steve Linn will talk about the latest developments in the neigborhood. Come and meet your neighbors and enjoy desert.

There is lots going on this weekend in the Whitland Neighborhood! Beginning at 8 AM Dumpster Day will kick off with over 30 yard sales around the neighborhood. We will also have dumpsters and Goodwill donation sites located on Craighead and Carden Ave respectively.

That evening we will have Movies in the Dark. Located in the open area near the Carden Ave footbridge.

Come join in the neighborhood activities!

Please save the date and join us after the neighborhood yard sales on September 27 for Movies in the Dark at the Carden Avenue footbridge.

Have a movie recommendation?  Please email suggestions to Bob Lyons at bob3@bandbmfg.com

Want to celebrate your successful yard sale by going "out" to eat that evening without the hassle of getting all dressed up?  Then a food truck would be the perfect addition to Movies in the Dark!  If you are in favor of the idea, or if you have a specific food truck recommendation, please let Bob know.  (note: There would be a minimum amount of food sales required to get a food truck, so commitments to purchase food are requested).

Mark your calendars now for Movies in the Dark on September 27! Affectionately known as Dumpster Day, the Whitland Area Neighborhood Association will host a collection of yard sales on Saturday, September 27, starting at 8am. If you would like to conduct a yard sale at your house that day, please register your sale by emailing Revell Michael at rmichael@healthcarerealty.com.

The neighborhood association makes it so easy, you can hardly resist. Services provided by your friendly neighbors include

Denise Hawkins has kindly arranged for the Goodwill truck and dumpsters to be here as usual, so clean out your closets. If you plan to have a sale on September 27, please register by emailing Revell Michael your name and street address. It's time for Movies in the Dark!

We are thinking about getting a food truck for the event. Please RSVP at the link below if you are able to attend and would be interested in purchasing food from a food truck.

Hippity! Hoppity! Easter's on it's way!

Please join us for the 4th Annual Whitland Neighborhood Easter Egg Hunt to be held on Easter Day, April 20th from 3-5:00! There will be something for everyone, including egg hunts for children of all ages, an inflatable bounce house and obstacle course, light refreshments, and the ever-popular Easter Kegg!

We need volunteers to donate filled eggs for the hunts. These may be filled with candy or toys/trinkets, but please make sure that the candy is packaged and try to avoid choking hazards. We have leftover plastic eggs from last year -- if you are interested in recycling some of these eggs, please contact Melanie Block at mmblock@comcast.net or 615-491-9087 to receive your bag of eggs. Delivery and pick-up service is available!

If you would like to participate in this fun-filled afternoon, please RSVP and sign up to help make this a wonderful event using this link below.

We hope you can join us!

The Richland Creek Watershed Alliance will manage a neighborhood tree and shrub planting event on the bank of Kingfisher Creek on Saturday, March 29, at 9:00am.  Native species of trees and shrubs will be provided by the Tennessee Department of Forestry, with funding from RCWA and the Dan and Margaret Maddox Charitable Fund.  Please volunteer to help if you can.  Wear sturdy shoes or boots, bring a shovel and gloves.  Coffee and refreshments will be provided. Volunteers will meet at the footbridge at the end of Carden.

We look forward to seeing you on Saturday!!

Affectionately known as Dumpster Day, the Whitland Area Neighborhood Association will host a collection of yard sales on Saturday, September 21, starting at 8am.  If you would like to conduct a yard sale at your house that day, please register your sale by emailing me at rmichael@healthcarerealty.com.

The neighborhood association makes it so easy, you can hardly resist.  Services provided by your friendly neighbors include

Denise Hawkins and Frank Smith have kindly arranged for the Goodwill truck and dumpsters to be here as usual, so clean out your closets.  If you plan to have a sale on September 21, please register by Revell Michael at the email address provided above. Join us on Thursday, September 12th at 6:30 PM at Blakemore United Methodist Church (corner of Blakemore and West End) for an informational meeting on the AMP.

Questions will be taken in writing and can be submitted in advance to me via email or brought to the meeting or written up on site.

We look forward to seeing you there!

What: Come join us on Saturday, September 7th for Movies in the Dark.

Where: Located at the end of Carden.

Bring lawn chairs and blankets, glow in the dark bracelets, and whatever food that will make you and your kids happy!!

Please invite your friends and family!

Thanks to Denise Hawkins and Bob Lyons! A TRIBUTE by David J. Wasserstein

O say can you see by the dawn's early light

What descended on Whitland all through the night?

It was coming along to the fourth of July,

And the spirits of all the citizens were high!

Another year and another day of celebration

To feast the independence of our nation.

The summer was in highest gear

For here was yet another year.

The weather too was playing its part

And entering fast into each one's heart.

The heat was lower than we could remember

It was not of July but rather November.

Humidity was there almost none

Despite the fierceness of the sun.

The preparations had all been made

A feast was made and also a parade.

They called the mayor - he said he would come

The band, the children too in sum

All Whitland every girl and boy

Made plans to feel enormous joy.

We went to bed on Wednesday the Third

The weather forecast none had heard.

But when we awoke on our sacred day

We thought we were going to have to pray

Rain poured down and created a plight.

All was wet, few dared go out

To face the rain and sing and shout

To hail the day and dance along

To join our hands in feast and song.

We walked along our long straight street

With dampened heads and soaking feet,

And saw the folks of our festive Committee

And all we could feel inside was pity,

For they had worked for months on end

In order a message to all to send.

Yet for now the rain put a damper on all

All was washed out, we felt a pall.

But say, what comes but a mail from Denise!

We read it in fear, but we feel a release

The feast will go on! Rain cannot diminish us.

The feast will go on! The day is too serious.

A hurray along Whitland for all who so gave

O'er the land of the free and the home of the brave. The Halloween party is held annually on or about October 31st at the park beside Kingfisher Creek at the bottom of Carden Ave. There is food, drinks, and contests for the best costumes. It's fun for all ages.

The 2017 WANA updated Directory is available to residents for down-loading from this Website. Check the "Directory" tab